I might have been only 4 or 5,when this happened, but I remember it, as clearly,as if it happened yesterday.

We always had dogs. It was never rèàlly about a specific breed,but my parents preference,was the Boerboel,roughly translated from the Afrikaans meaning: Boer=farmer and boel=bull. The Dutch translation, is “Farmer’s Dog”and also known as the South African bull mastiff. The dog in thìs story, was a Boerboel-mix.

When I grew up, it was really safe, for us children, to play outside, in the large yards, or to run across the street, to a friend’s house,but thìs morning, was different and something happened,that scared me so much, that I’m afraid of being alone, still today….

It was still early morning, jùst after my brother and sister went off to school and my father went to work.My baby brother was about 8 months old and nearly permanently, on mother’s hip. Nobody ever locked their doors and safety doors and security gates didn’t exist. None of the houses had burgler bars and only a few houses, were fenced in. In the summer months,my parents even slept in hallway, with both the back and front doors,opened wide. …..

This specific morning, the dog was locked in,in the bathroom, as it was only a very big room, with a bath and running cold water, but no hot water, or tap. The toilet, a normal flush toilet, was outside, right at the back of the yard and all of us had “potties” under our beds.I was in the kitchen with my mother,with my youngest baby brother on her hip, like always.

A black man came in the yard,which was really odd,for those years ,as we had apartheid and the only blacks allowed in town,was those with permits.He told my mother, that he is selling Vinyl Lp’s(Long play records)She told him that she wasn’t interested,but he kept coming closer,to show her,as he said. She kept moving back and the next moment, she shouted at me to run to the front porch and scream,to the neighbors to come and help.Before I could turn around and run,she threw my little brother under the kitchen table and  moved towards the bathroom door, where the dog was going mad by now.Just as she reached out, to release the latch,the man turned around and ran….

The moment I reached the front porch,the man ran around the corner,of the street and the police pick-up truck approached him.they grabbed him,handcuffed him and put him in the back of the police van.One of the officers asked my mother, whether he stole something,as they’ve been looking for him,for a very long time,for housebreak and theft…..

I am still scared to be alone,during the day,but I am absolutely petrified of the dark and more so to be alone at night .Luckely I didn’t raise my children, in the same miserable and insecure household,where I grew up in.

THANKS TO MY REGULAR READERS AND FOLLOWERS, WHO TRY TO HELP ME, MAKE A SUCCESS OF MY BLOG.I APPRECIATE THE SUPPORT.

Why not take a look at my blogs….Pinterest is a search engine on it’s own, with so much info, to amaze you.
If you liked any of my stories,please share it with your friends and family and on social media. 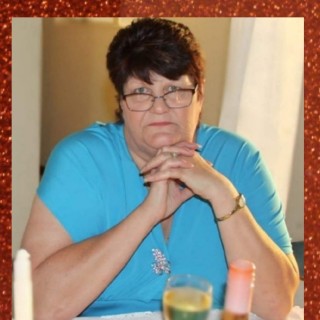